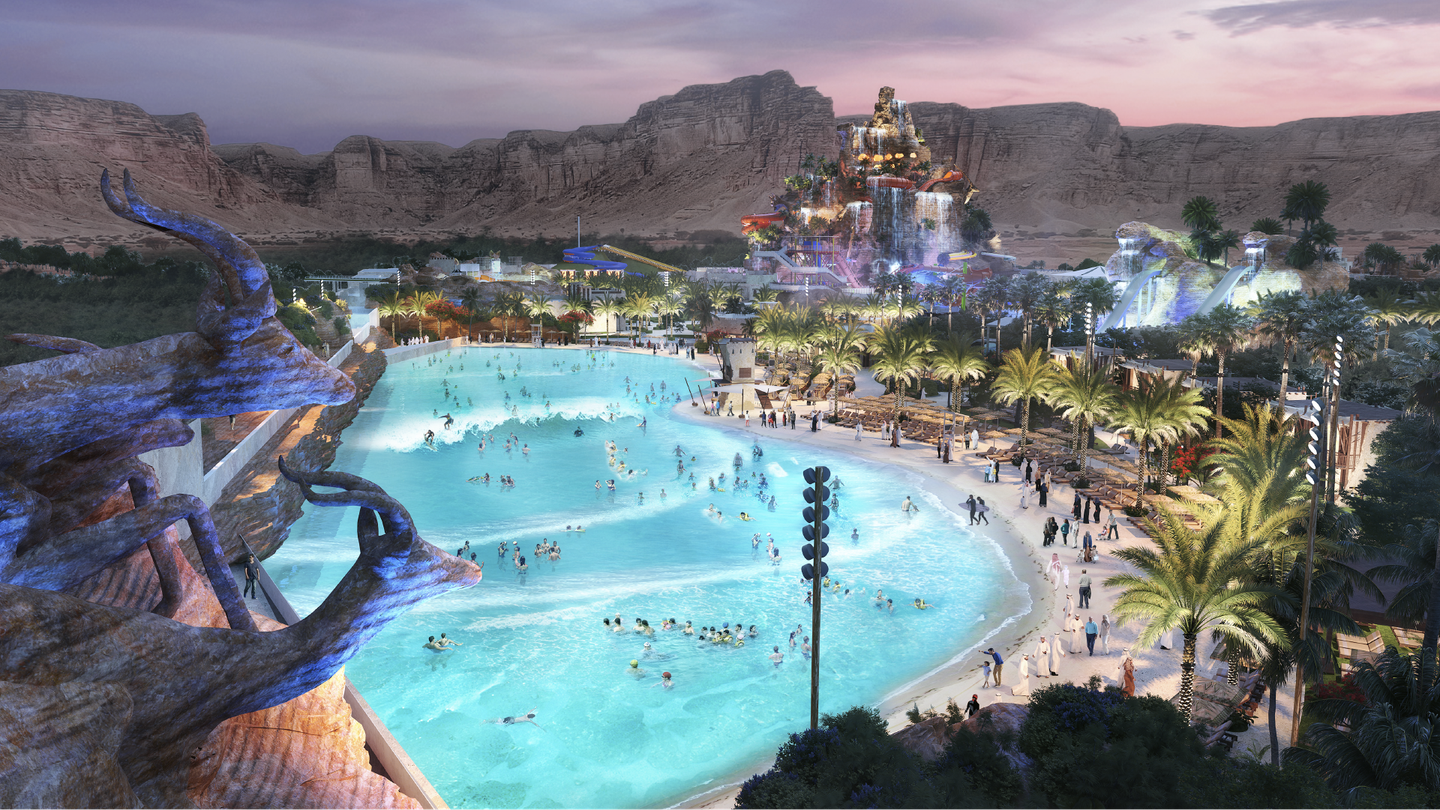 Qiddiya Investment Company, the multibillion-dollar entertainment destination developer in Riyadh, has awarded a contract worth 2.8 billion Saudi riyals ($750 million) to build the world’s first water theme park. kingdom and the largest in the region.

The park will span 22.5 hectares of land and will house 22 rides and attractions, including nine that will be world firsts. It will span nine areas, inspired by the animals that inhabit the regions around Qiddiya.

The theme park, which will also host water sports competitions, is designed to minimize water consumption through recycling and smart technology in line with QIC’s sustainability goals, the company said.

Some of the rides have been designed to use 75% less water compared to more conventional offerings at other water parks. The park will capture rainwater and use it for irrigation at destination after treatment.

The Qiddiya project, which is funded by the Public Investment Fund and the kingdom’s government, includes a Six Flags theme park and other entertainment activities. It will also include a golf course and an arts complex.

It is built on a 334 square kilometer site. In December, QIC began construction of Six Flags Qiddiya after awarding a contract valued at 3.7 billion riyals.

Qiddiya, which is being built on the outskirts of Riyadh, is one of several megaprojects being developed in the kingdom as part of Saudi Arabia’s Vision 2030 program, the comprehensive plan to overhaul the economy of the kingdom and reduce its dependence on hydrocarbon revenues.

Qiddiya Water Theme Park will be a year-round immersive family entertainment destination, the first of its kind and offering experiences never before offered in Saudi Arabia

Other projects include Neom, a futuristic $500 billion commercial and industrial zone spanning Egypt and Jordan, and the Red Sea Tourism Project, which includes a nature reserve, coral reefs and heritage sites on about 50 islands.

Tourism is a key pillar of Saudi Arabia’s transformation agenda, and the kingdom plans to invest more than $1 trillion in the sector over the next 10 years, said Minister Ahmed Al Khateeb. Saudi Tourism Board and Chairman of the Tourism Development Fund. in October.

The fund aims to accelerate the development of the kingdom’s tourism industry through private sector investment.

It has enabled projects with an investment value of around 6 billion riyals, including more than 4 billion riyals of private sector investment, which will add around 3,500 hotel rooms and 21,000 jobs over the next few years. next three years.