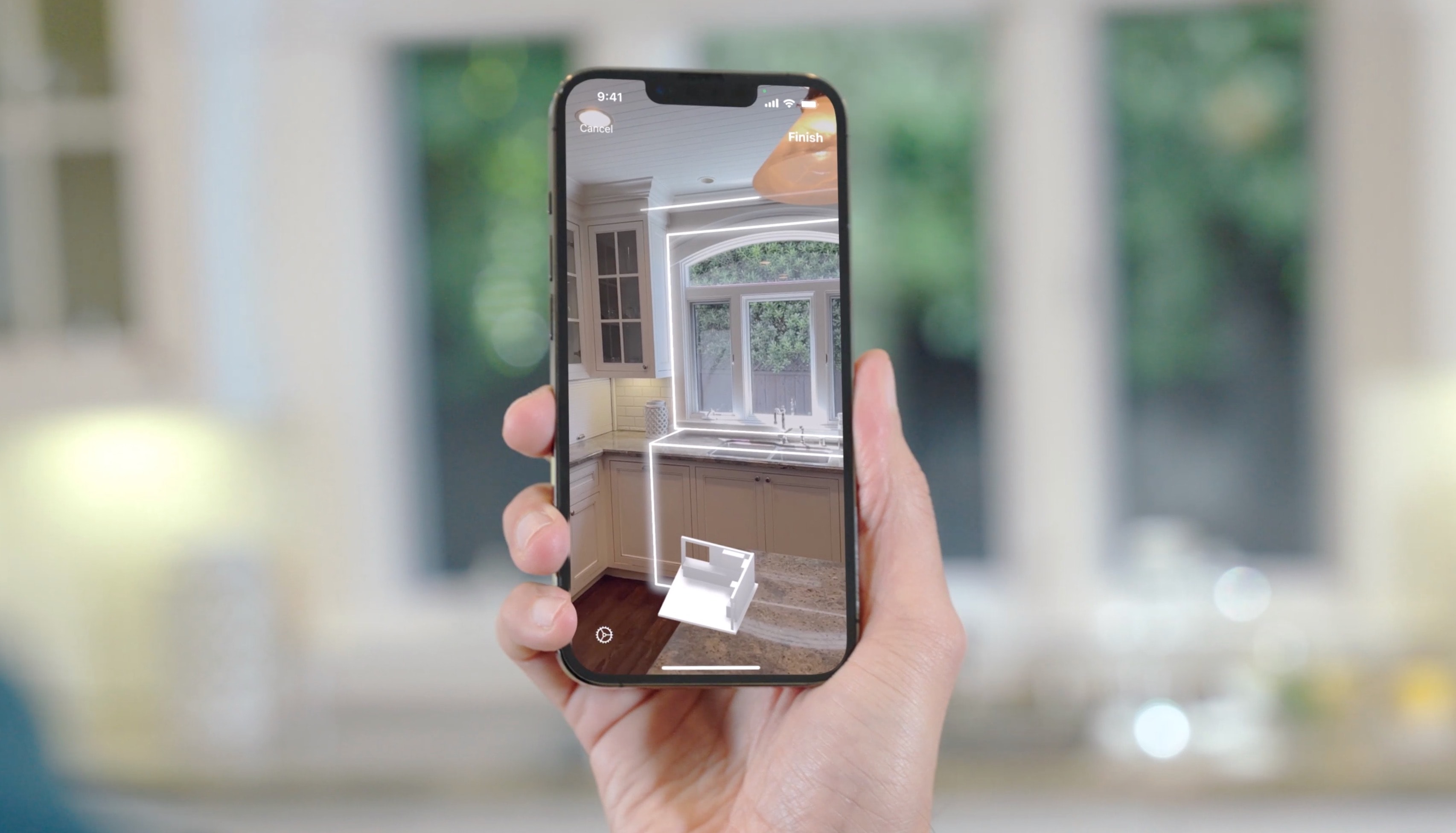 Apple is introducing a new Swift API powered by ARKit in iOS 16 called RoomPlan. It will allow developers to create a 3D floor plan of a room using the LiDAR scanner of the iPhone or iPad.

Despite its wow factor, the Cupertino giant didn’t talk about the API on stage during the WWDC22 keynote.

Apple discusses RoomPlan in detail in the augmented reality section of its developer website. He notes that apps can use the API to “create a 3D floor plan of a room, including key features like dimensions and furniture types.”

The API will allow real estate and e-commerce applications to scan and create the floor plan of a room. This can then be used for remodeling and interior design changes.

PhotoCatch is the first application to integrate RoomPlan

The developers of PhotoCatch are among the first to integrate RoomPlan into their application. The integration allows their app to create 3D floor plans of a space in just seconds. Once scanned and created, you can review the floor plan in 3D space – down to the location of various furniture.

PhotoCatch is the first application to integrate Apple’s RoomPlan to create 3D floor plans of a space in seconds. If you have iOS 16, you can already try our beta! https://t.co/9R71JQP8XA #WWDC22 #WWDC #RoomPlan #iOS16 #ARKit #ARKit6 #LiDAR #3D #AR #AugmentedReality https://t.co/5IPeULKjyi

If you’re already using iOS 16 or iPadOS 16 on your iPhone or iPad Pro, you can try a beta version of PhotoCatch to see the feature in action.

Jonathan Stephens, Chief Evangelist at EveryPoint, used RoomPlan to scan different rooms in his home using an iPad Pro and shared his finding in a Twitter thread. Its tests show that RoomPlan’s scanning won’t be fooled if used in front of a mirror.

What’s even more impressive is that RoomPlan managed to create an accurate 3D model of a messy playroom. The functionality powered by ARKit isn’t perfect though. It struggled to properly scan vaulted ceilings or walls at a slanted angle and failed to detect a huge opening in a wall.

Follow while I do a series of @Apple RoomPlan is testing and sharing my findings/notes in this thread. First, I tried to fool RoomPlan with a large mirror. Surprisingly, he was not fooled! Also, it was nowhere near the height of the French doors. #WWDC22 #AR #ARKit #AI @Scobleizer https://t.co/R4hJbO57Km

iOS 16 is still a few months away from its public release. This gives Apple plenty of time to address any reported issues with RoomPlan and further refine it.

RoomPlan may not seem immediately beneficial, but it could play a vital role in enabling distinct experiences once Apple’s AR/VR headset lands early next year.

2022-06-08
Previous Post: Why do we need a QMS in the construction industry?
Next Post: 3 innovations that are changing R&D in healthcare, construction and life sciences