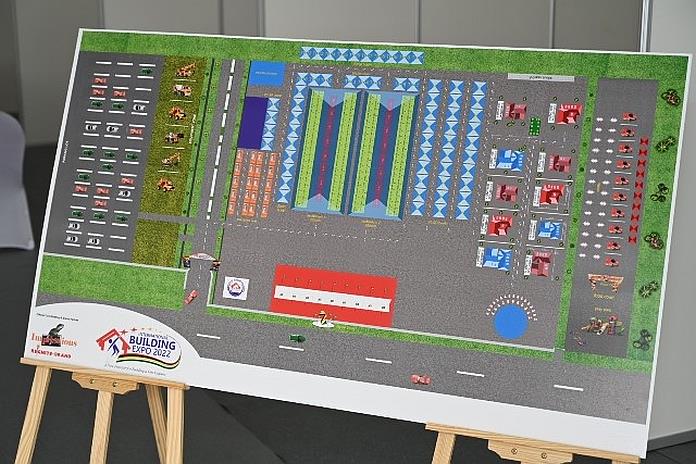 Building Expo will present the architectural future of Guyana…

GEORGETOWN, Guyana, (DPI) – The highly anticipated International Building Expo to be held July 22-24, 2022 at the Guyana National Stadium, Providence, East Bank Demerara is gaining momentum with over 200 local and international companies already registered for the event.

The international building exhibition will be held under the theme ” A new frontier to build a unique Guyana ”. Of the potential attendees, 12 are international companies that have completed the registration process and paid for their stands in full.

So far, manufacturing, construction and engineering companies, real estate developers, real estate and architectural agencies and financial institutions are on board.

In a press briefing at the venue on Friday, Housing and Water Minister Collin Croal said the first event will see eight model homes on display, three of which will be built by the Central Housing and Planning Authority (CHPA ) of the ministry.

“We have already signed a memorandum of understanding with them. In fact, the demo house is coming on June 22. It has already been shipped…we are looking for them long term. They are looking to establish a factory using the waste here,” he explained.

Another highlight will be a tunnel that will show how Guyana is set to transform in the years to come.

Additionally, the CHPA will be providing a number of its services at the event, including its Home Builder Assistance Program, which allows people to access financing to build their homes.

In addition, thousands of people will benefit from house lot allocations as part of the ministry’s goal to deliver 14,000 house lots to Guyanese this year, Minister Croal announced.

Meanwhile, Minister in the Department, Susan Rodrigues, said Building Expo promises to be “bigger and better”.

Among the main attractions is the introduction of a 3D printer for house plans, so people can get miniature models of their homes before they are built.

“The aim is to go beyond the phenomenal work we have done at the Ministry of Housing and Water. This exhibition will expose and give you a blueprint, a map of Guyana’s architectural future,” the minister said.

Some of the local sponsors including Republic Bank, GBTI, Courts and E-Networks gave a preview of what they will be offering during the event.

The first-ever International Building Expo was held in 2010 under the leadership of His Excellency Dr. Mohammed Irfaan Ali, who served as Minister of Housing and Water during that period.

It brought together potential owners and entities from the construction, manufacturing and service sectors and attracted international exhibitors from Barbados and Trinidad and Tobago, the United States and Canada, among others.


Legal disclaimer: MENAFN provides the information “as is” without warranty of any kind. We assume no responsibility for the accuracy, content, images, videos, licensing, completeness, legality or reliability of any information in this article. If you have any complaints or copyright issues related to this article, please contact the provider above.